Some of my personal projects are simply an experiment with certain pieces of software or specific tools that I happen to have, rather than part of a larger goal or creation. This isn't something I do very often, but I've still had some opportunities to learn things I otherwise wouldn't through trial-and-error testing.

DOOM's WAD-based engine has always interested me, but aside from creating environments, I never really gave myself a change to try and pick it up properly. DOOM40K was my attempt to create a semi-total-conversion of the game using other assets: specifically, edited images of models and props from various pieces of Warhammer 40K media, which were posed in a 3D environment, captured as images, edited to fit DOOM's limits and inserted into a PWAD file that loads on top of the game's original WAD.
This project is nowhere near complete, and the existing sprites still have some issues in terms of animation quality (specifically, the weapons, which haven't been adjusted to their canon sizes), but it's still given me an opportunity to try editing and adjusting WAD and PWAD files. 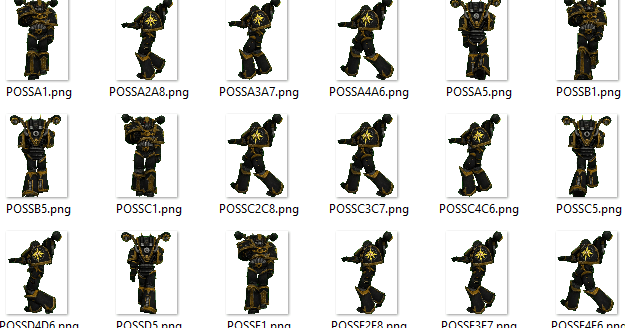 Part of a DOOM40K sprite sheet, replacing the standard game's Possessed Soldier with a (Black Legion) Chaos Space Marine. Each frame was arranged in a 3D model tool, then pictures were taken and edited down to a suitable size, keeping the detail without being too large for the id Tech 1 engine to handle. 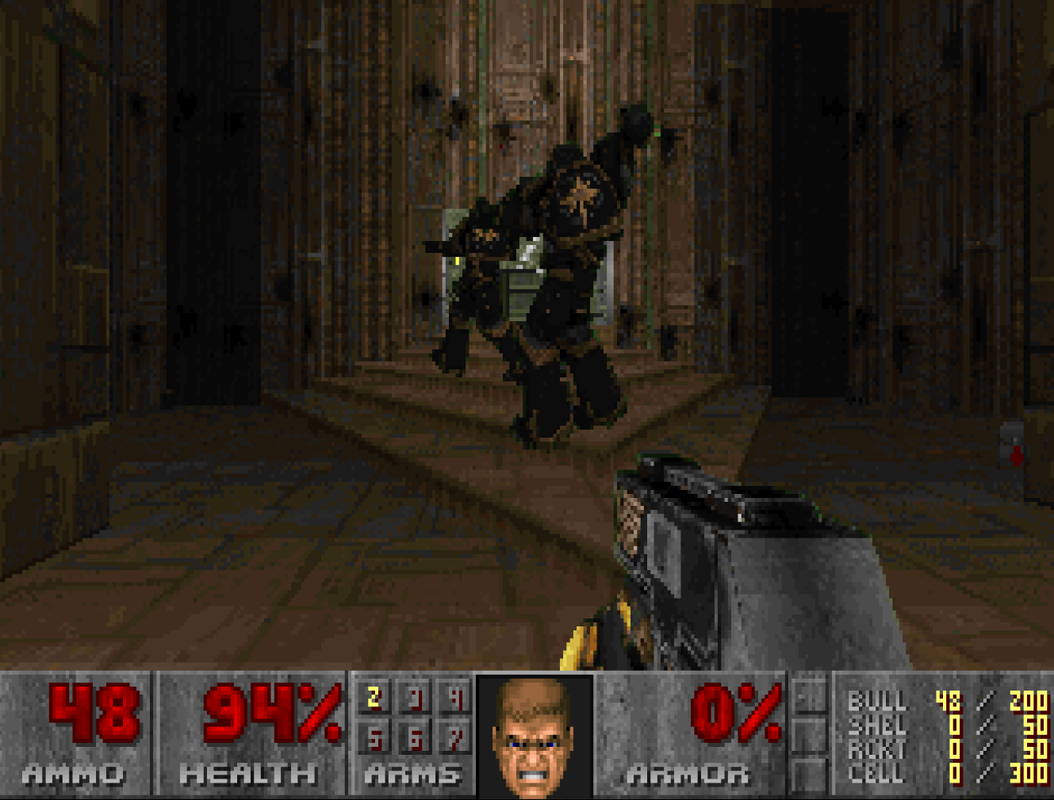