I've dabbled in game design ever since I was in my early teenage years, and it's given me a lot of insight into not only the act of creating a game, but the process behind making original assets, re-working ideas to fit them around engine restrictions, and coming up with ways to create interesting gameplay quirks or experiences while hiding their inner workings from the player.

Although my interest in actually playing games has started to dip in recent years, I still find time to mess around and experiment with a variety of different engines, mainly to see whether they're suitable for proper game development projects. Major engines that I've spent a considerable amount of time around/with include: ​There are also a handful of engines that I have full access to, but haven't had time to learn yet, including: Overall, Source is my favourite engine, and I've managed to self-teach myself how most of it's functions and entities work. I'm using this knowledge to write Hammer and Crowbar, which is mentioned over on my Technical and Content Writing page.

Flatline: Three-For-All
While I've yet to create anything that I can release commercially, I've worked on a lot of smaller game projects and game mods, as well as provided some basic help for projects led by other people (most of which have been cancelled, although my involvement in them was mostly limited to creating art and audio assets).

Probably the game that I've been closest to "completing" was Flatline: Three-For-All, an old game project made in Roblox's engine. It was essentially a multiplayer Hotline Miami-inspired top-down shooter where three players fought in a range of arenas, picking up different weapons. The main reason for having a three-player game (aside from the naming pun) was to imitate Hotline Miami 2's common hazard of being ambushed from two directions at once. You can see the Roblox page here. 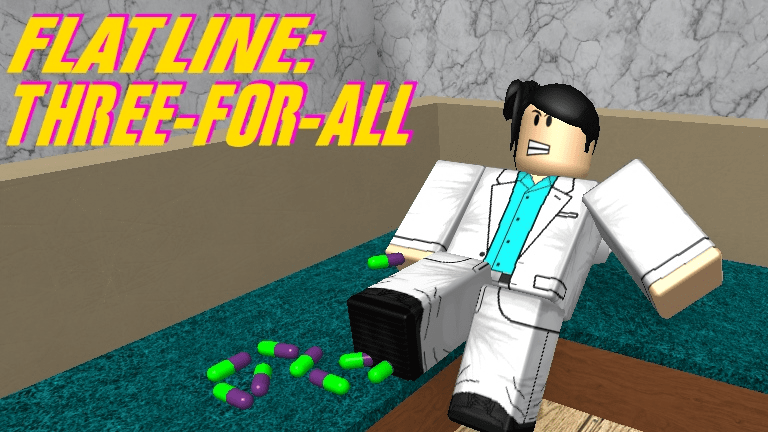 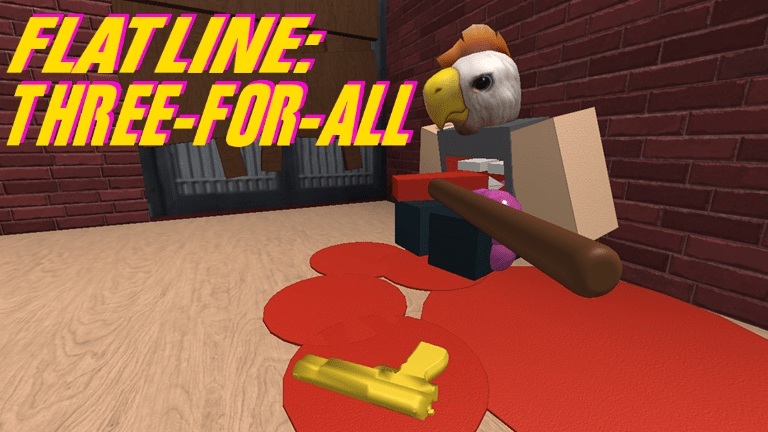 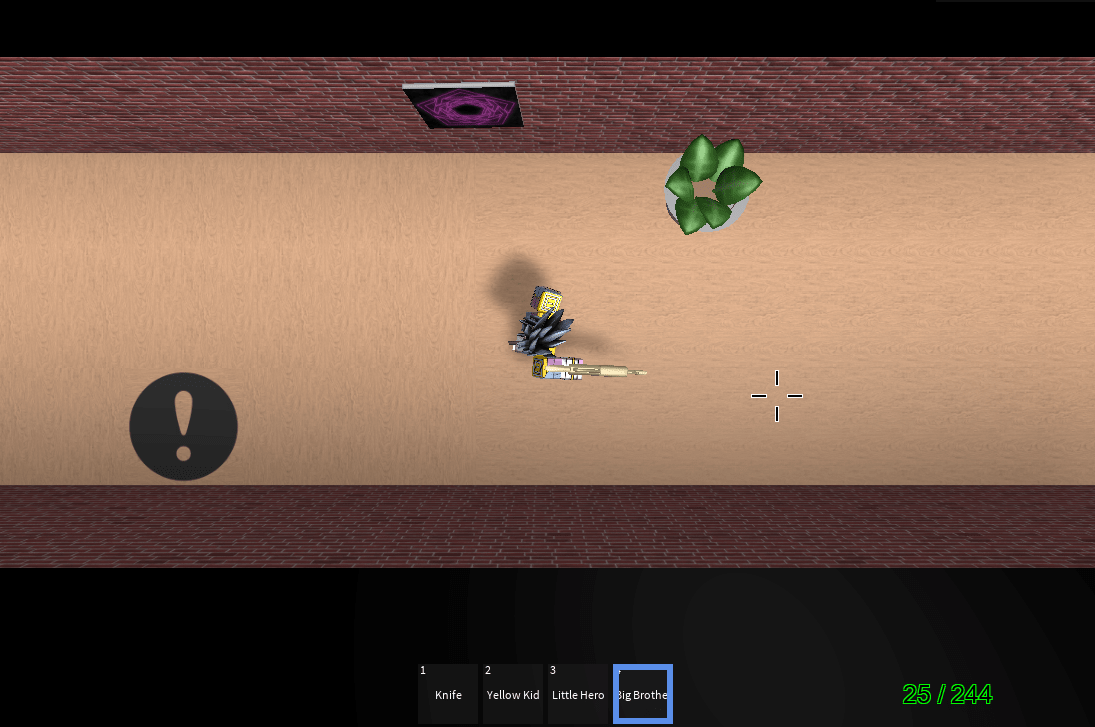 ​LOCAL / A Tonne of Burnt Plastic
LOCAL was the working title for a game I started designing in high school, inspired by a French RPG named 'OFF'. Although LOCAL stopped development once I left school, I've begun to rework it's assets into a similar game named A Tonne of Burnt Plastic, set in an odd city where writing tropes and clichés define each district.
​
Although I don't have any real assets to display here, since they're all slowly being reworked and replaced as the game continues development, but I'll add whatever I can once I have something more finished to show off. 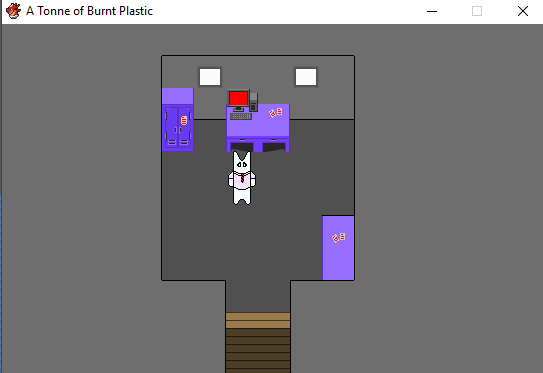 Stoic Hell
Stoic Hell was my first-ever group-based game project, and the only one that I was forced to leave due to issues with the team (namely, that the project leader gave up on the game, meaning that there was nobody to fix up most of the coding, and Unity didn't work correctly on my PC at the time). It started and ended at some point between 2012 and 2013, and very little of the project remains - although it was able to get submitted and accepted onto Steam's Steam Greenlight service, after the project lead abandoned it,  the rest of the team moved on and took the game down from Greenlight to avoid offering a potential product that would never see the light of day.
Exposure (Half-Life Mod)
As the direct predecessor to Source, I've always enjoyed trying to push GoldSrc further than Valve ever intended, especially when it comes to desinign maps that manage to exploit the engine's quirks and features in unique ways.

One of my long-term ongoing modding projects is 'Exposure', a story-based mod that takes place in the aftermath of the Black Mesa Incident from the original game, post-nuclear-bombing. The maps I've completed so far take place in irradiated areas that make heavy use of environmental hazards, including ambient radiation, unexploded bombs and unmanned security systems,  with actual living enemies and combat-based gameplay being kept to a minimum for a greater focus on area navigation. 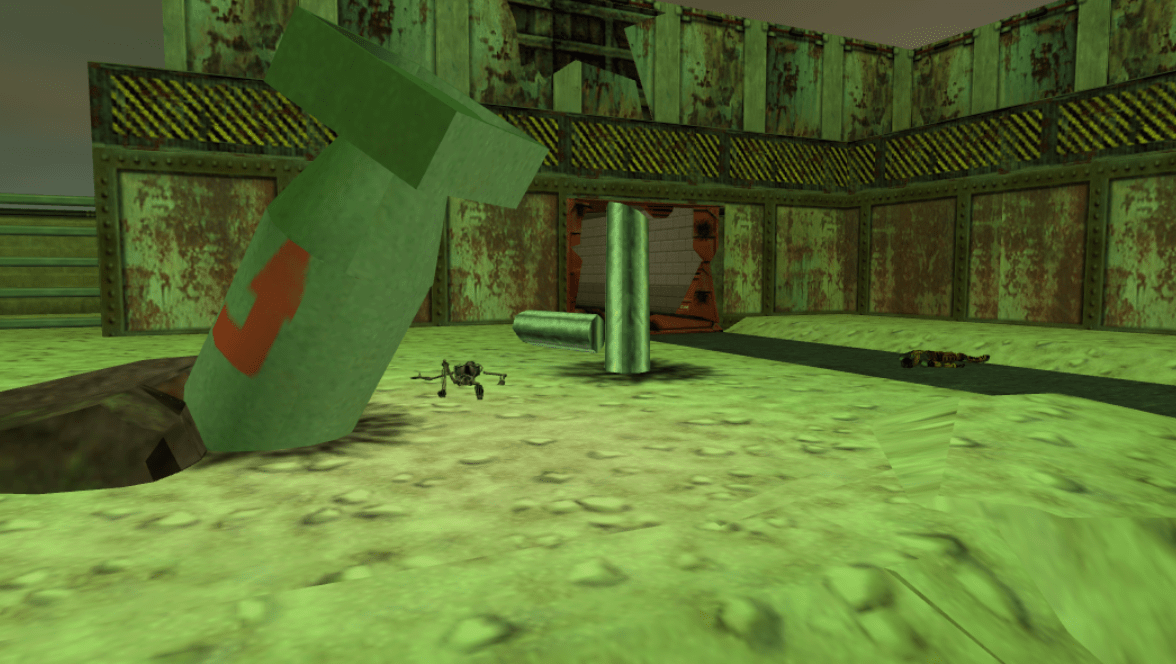 An unfinished beta map from Exposed, on the outskirts of the Black Mesa facility. It's one of the first areas the player visits, with an unexploded bomb and natural ambient radiation acting as a way to introduce them to the overarching threat of the mod.
Powered by